In 2014 I published 14 articles. The pattern of decreasing frequency is notable throughout my blogging career: 31 in 2013, 52 in 2012, and 80 in 2011. This isn’t necessarily because I have less to say. Though I definitely have less of a drive to write it all out, I also experience more doubt whether what I publish is worth saying, or worth reading. I still answer lots of personal emails and questions; over 150 this year! I keep up a Tumblr with links to relevant trans and non-binary news.

Mostly I find myself with much less time (see upcoming post on “Micah’s life” for reasons why) to compile my thoughts into neat, digestible, sensible explanations. There is a folder full of drafts: thoughtful conclusions about gender, sharing more personal experiences I’ve shied away from, and the usual tragicomic tales about living life as a non-binary person. I hope to continue publishing, but most of all, I hope you continue reading, exploring, defining your gender(s), and educating the world.

What follows is a summary of my blog activity from 2014. 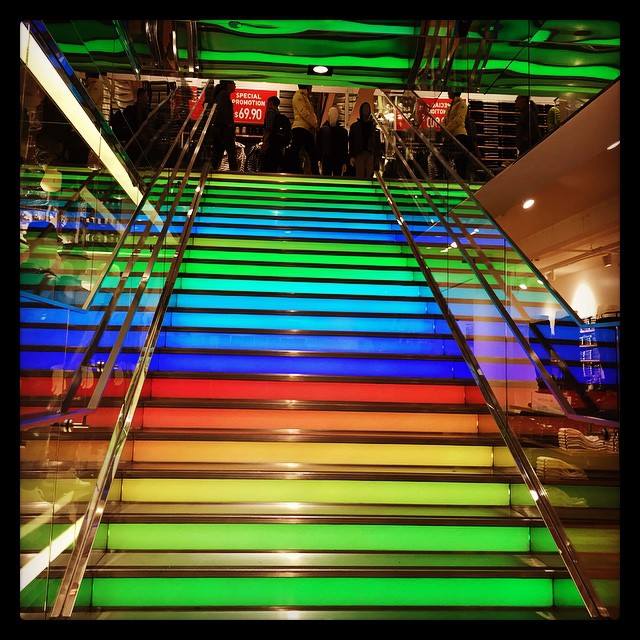 Just what the title says. This post was proudly featured in Freshly Pressed.

If you liked this post (focused more on transition), check out 10 Myths About Non-Binary People It’s Time to Unlearn published on Everyday Feminism.

I had a dream once about coming out as trans in high school, while knowing all I know now about myself and the world. It wasn’t easy as I expected. This post was my first to be featured in WordPress’s Freshly Pressed.

One of the most commonly repeated phrases / acknowledgments / pieces of advice / soundbites of justification that we hear as transgender people is “Be Yourself.” But how do you know who “Yourself” is when that is exactly what you’re searching for?

I’m not under the delusion that I can definitely answer one of life’s loftier questions (Who are You?), but I can certainly delude myself into trying.

A reflective post on the significance of my 28th birthday.

Each year I publish a look back on my top surgery, the event that sparked my journey into transition. In about a month or so, a new post (4 years!) is due.

Another yearly recurring update, this one on my progress on low dose testosterone. I still haven’t managed to make a vlog, though the next t-update is forthcoming as well, and will continue the tradition of a YouTube video.

A statistically unsignificant compilation of results from my non-cross-validated informal readership survey.

I spend a lot of time meta-analyzing the media and its portrayal of transgender, genderqueer, non-binary people. I’ve even created Media Guidelines: Responsible Journalism for Genderqueer and Non-Binary Identities. I opted out of an in-depth critique in this series of articles profiling genderqueer and non-binary individuals recently published on several media outlets.

How do you describe your gender?

A simple questions I asked here and on Tumblr. I used the answers for my presentation to medical providers on Non-Binary Transition at Gender Odyssey, and it was a hit! Seeing the huge range of responses allowed people to truly grasp how diverse gender is, and how personal.

Some of the articles mentioned above were among the most read posts in 2014, but even those published in previous years have maintained relevancy and popularity.

Trending this holiday season, I compiled a guide of ideas for finding the perfect gift while skirting the gender binary.

A walkthrough of an option most people don’t know exists: what is low dose, how does it work, why would you want it. Having been on low dose hormones myself for a number of years now, this information is still not readily available, despite being a wonderful solution for so many embarking on transition.

One of the first posts I wrote, this has always been widely read. Most people arrive at it through search engines (and most are not trans), yet some folks still take the time to comment on how thankful they are in finding it, demonstrating how necessary it continues to be to talk about this at all.

After a while of searching for transgender characters in the media, I felt I had exhausted the options: the same results kept popping up over and over again. So, I compiled a list of lesser known movies and TV shows that I had discovered which feature transgender, non-binary, gender non-conforming, or otherwise unspecified characters. Best of all, the commenters enhanced the original list with their own suggestions.

Reader Ramblings: Explaining Genderqueer To Those Who Are Not

My attempt at explaining how it feels to have a feel outside of male or female, and how gender identity is different from gender roles. I’m still not sure I made sense here, but other people think so.

Not really a blog post but a page, it lists all my personal transition-related posts (which is most of them) and groups them by category, making it easier to follow my journey through the years.

Did you start a blog, vlog, or project in 2014? Did you continue writing one, or pick it up again? Did you read anything life-changing, thought-provoking, or just plain funny? Share your 2014 highlights in the comments.