Dr Lorimer’s work to establish GenderCare, a private practice, seeks to mitigate the barriers to care facing transgender patients in the UK.

GenderCare: Building a Private Trans Healthcare Service in the UK

GenderCare is a loose network of individual healthcare practitioners in the UK, all qualified professionals with, between us, almost 70 years of experience in the gender field. We work independently of one another but share a general commitment to providing friendly, accessible private services, tailored to individual needs and timescales. We work flexibly within national and international guidelines of best practice.

Any attempt at summarising the genesis and evolution of GenderCare must acknowledge the changing and sometimes complex interplay between public and private sector medicine in the UK. Although used as something of a political football by every successive government, the National Health Service (NHS) prevails, at least as a central principle: necessary healthcare available to all, free of charge at the point of use.  That last part alludes to the fact that the NHS is funded through taxation of the whole population. 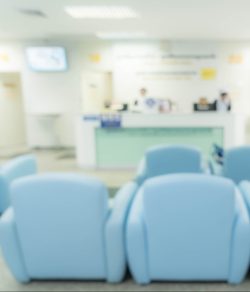 This is relevant to the thorny topic of “gatekeeping”.  That term is typically used pejoratively, understandably so given the association of unwelcome control.  Within a subsidised health service based on public money, however, at least some “gatekeeping” is needed – if only to ensure that that money is spent responsibly and to best effect.

Medical decision-making in the private sector – where the individual themselves is funding their own treatment – is freer of that particular constraint, arguably “purer”.

When I did my medical training in Scotland, as the ‘80s turned to ‘90s, “private sector” was practically an expletive.  No-one worked entirely outside the NHS and the tiny minority of doctors who “dabbled” were spoken of with unconcealed disdain, a rolled eye and a curled lip.  Passionate commitment to the NHS was all, and private practice was viewed as inimical to – or worse, parasitical of – that commitment.

London, when I moved here as a junior doctor in 2001, seemed, by contrast, the great Babylon.

My first London consultant, an immensely charismatic man who divided his time between NHS (morning) and private patients (afternoon), had an interesting take on it: he’d assumed he would learn nothing from the private sector, that he’d bring his NHS-honed skills to play but would take home only money.  As it turned out, he’d been forced to examine his practice from a wider angle, to consider the patient experience in its entirety.  He had, he told me, gained an important new perspective, a more holistic overview.

It’s fair to say the decision to set up GenderCare, around seven years ago, wasn’t an altruistic one.  Doctors have mortgages too, and my partner was on the verge of retirement.  In the UK, the coalition government showed every sign of squeezing the NHS in what has turned out to be the longest public sector pay freeze for many decades.  I was looking for ways to generate more income.

Two of my colleagues, consultant endocrinologist Dr Leighton Seal and senior speech and language therapist Christella Antoni, were already established as part-time private sector practitioners, seeing non-NHS patients in evenings and weekends.  They were generous with their time, advice and contacts, and I felt encouraged to look into starting up an occasional Saturday clinic alongside them.

Gender medicine, in the UK, is the tiniest of pools, and private sector gender medicine a pool-within-a-pool, populated by only a handful of fish.  Historically speaking, there had existed an exclusivity between private sector and NHS, with practitioners in the former binding their charges to them by telling blood-curdling tales of NHS brutality; conversely, NHS practitioners frowned upon those who’d taken a private route, and had been known to treat them like “cheats” or worse.

A tiny pool of piranhas, then. 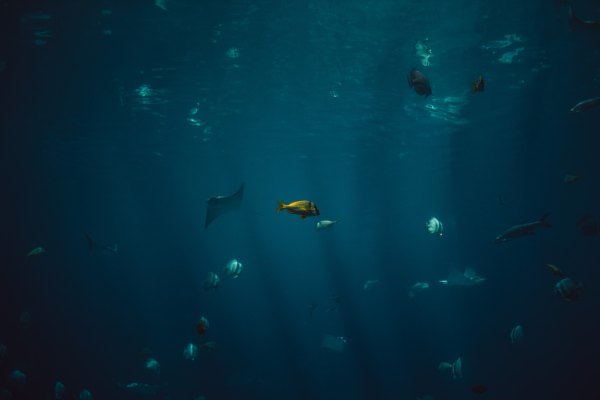 Nonetheless, it seemed to me that there was a gap in the market for a service that combined elements of both, the high-quality assessment processes and endocrinologist-monitored, individually tailored hormone regimes of the NHS with the convenience and choice of the private sector – and minus the lengthy waiting lists.

Waiting has always been a regrettable part of gender medicine and, as numbers of transitioners have increased globally, all services have struggled under sheer weight of numbers.  I was aware that a great many people, at least in the UK, use both NHS and private systems in tandem, getting themselves onto the list for a Gender Identity Clinic (GIC) while simultaneously pursuing hormones privately or, more dangerously, self-medicating.

Fear of being summarily discharged from the GIC led many to lie about being on hormones or to fold the more atypical elements – non-binary identities, for example – into what were viewed as “safer” more standard narratives of binary transition. Some clinicians were, in turn, sceptical of overly bland or clichéd backstories. The mutual mistrust was counterproductive for all concerned.  I was keen to see an end to that, and to help facilitate a new transparency.

In the early days of GenderCare, the main challenge was overcoming a degree of understandable suspicion from prospective patients (was it a “gatekeeper trap”?) and colleagues (was I taking the money and running, abandoning all ethical principles to become a mindless hormone-dispenser?)  They soon realised I was carrying out the same standard of assessments for private as for my NHS patients and using the same basic treatment regimes.  The systems dovetailed.

I was surprised to find myself enjoying private work so much.  It felt like I was moonlighting from my established collaborative band to work on my self-indulgent solo album.  I had control over everything, from design of the website to sealing of the envelopes.  I discovered I was more of a control freak than I’d imagined.

I’d assumed that the knowledge and experience I’d built up in my decades of NHS work would inform my private practice but I was surprised at how much I learned in the opposite direction.  I hadn’t realised, for example, that those individuals I saw in the GIC were the lucky ones who’d made it that far, whose persistence, stamina or luck had got them through the early hurdles of the referral pathway.  In my GenderCare clinic, I saw those people who’d yet to reach a GIC, whose GPs had stalled, dismissed or, in one memorable case, informed them that no such service had ever existed in the UK. 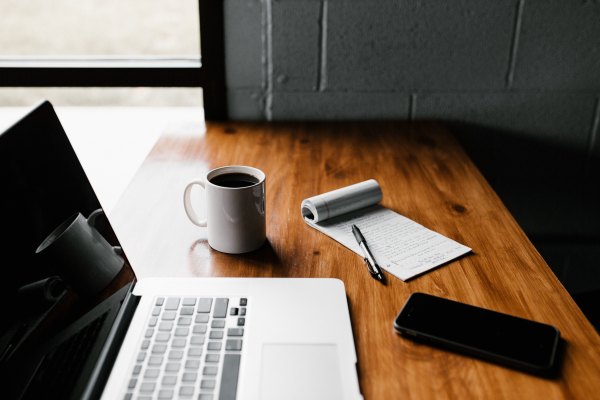 The Basic Principles of GenderCare

Convenience: my very first GenderCare appointments were on Saturdays, partly because this fitted around my NHS commitments but also because there wasn’t, at that time, another private service routinely seeing patients outside weekday office hours.  The Saturday clinic is still popular, and remains a mainstay of my own timetable.

Face-to-face assessment with consultant-level clinicians trained and experienced in gender.  There’s increasing interest in remote assessment – telephone, Skype or email – and while mindful of the potential of remote methods for counselling, follow-up or certain types of assessment, there’s still no substitute for that first human-to-human, in-the-room meeting.

Safe hormone monitoring, with input from a skilled, specialist endocrinologist.

Working with rather than against the GP and other NHS professionals in relationships built on mutual respect.  Communication is key, with our detailed individual diagnostic reports and treatment recommendations routinely copied to all relevant parties. Keeping at least one foot in the NHS also, I think, helps keep us anchored in terms of peer appraisal, standards of care and the general climate of medicine.

What are the challenges?  As with every gender service everywhere in the world, the main issue is coping with increasing numbers while maintaining quality. It takes time to become properly familiar with this field, and there just aren’t enough clinicians coming into the field. That said, GenderCare has expanded to meet the demand, welcoming on-board clinicians with decades of relevant experience: consultant psychologists and academics Dr Christina Richards, Dr Penny Lenihan and fellow beardy Scot Dr Robin Dundas, and legendary super-nurse Iffy Middleton.

What’s Next For Trans Health In the UK?

It’s hard to say how gender medicine will evolve.  There’s much discussion of the precise nature of informed consent and, although UK practitioners – GPs and surgeons – are far from embracing a very libertarian interpretation, the principle certainly has popular appeal.  Watch this space…

It’s suggested that, as the field of gender becomes more its own creature and less associated with psychiatry, practitioners like myself, with qualifications and training in mental health, should and will become obsolete.  I’m sceptical: I think the specific background of a gender clinician is of less importance than their willingness to listen, learn and adapt to the individual sitting in front of them.  Ultimately, it’s about being open and being kind.

Personally, I feel I’ve found my own niche and will always feel privileged to have spent my professional life in such a rewarding, evolving area of healthcare. 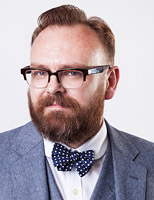 Dr Stuart Lorimer is a consultant psychiatrist who started working at Charing Cross Gender Identity Clinic in 2002 and set up GenderCare in 2010.  He has seen around 4000 gender variant people over 15 years.  In 2015, he was included in The Independent on Sunday’s Rainbow List of the most influential LGBTI people in the UK.  Preferred pronouns: he/him/his.

This month, I will donate all proceeds of my Patreon to Charlie, my collaborator on this endeavor.

Charlie has really been driving the series, reaching out to dozens of providers, researchers, and other random strangers involved in trans health. Next month Charlie is moving to Seattle to begin a Masters in Social Work. Wouldn’t it be nice to show Charlie that we appreciate all the efforts?

6 thoughts on “Patients & Providers: GenderCare in the UK”