I have often been accused of being dramatic (and long-winded), so I’ll try to keep this concise. But I also think it’s important to start with a little bit of background.

I am a 20 year old DFAB nonbinary/agender/transmasculine person. I use they/them pronouns in most spaces. A part of me desperately wants to take testosterone. Another part of me knows I can’t, at least not now, because of the hormones I already have and what they do to my body.

I have a chronic autoimmune condition called Ulcerative Colitis. If you know what Crohn’s Disease is, it’s in the same class of illnesses. Basically, my immune system doesn’t work right all the time. Sometimes it overreacts and attacks my own body, specifically my large intestine. This, as you may have guessed, causes a lot of problems.

But what does this have to do with hormones? With being nonbinary? A lot, actually.

My illness is as all-encompassing of my life as my gender is. When I go out to eat, I’m concerned about whether or not I can safely use the restroom. I’m also concerned about whether or not I can safely eat the food served at the establishment without jeopardizing my delicately balanced digestive system. Colitis flares, for me, and for many people with similar autoimmune conditions who menstruate (though every gastroenterologist I’ve been to won’t admit it), are triggered by the hormonal changes of my menstrual cycle. For most of my teen years, I had a small flare every month that coincided exactly with my period. When my cycle moved on, the flare ended. When my cycle was regular, the flares were less severe, but when my cycle goofed up the flares got worse.

For reference, I had my first Ulcerative Colitis flare when I was 11. I was diagnosed a few weeks after my 12th birthday. I didn’t realize I was trans until I was 18, and I didn’t start coming out to people besides my partner and my close friends until I was 19. My illness predates the realization of my gender. I have been sick for almost half of my life, and trans for less than a quarter of it.

I have been trying to convince my doctors for years that my flares are in some way connected with my hormonal cycle. What if I tried birth control? The gastroenterologists brushed me off. Perhaps. It wouldn’t hurt to try. But we don’t have any evidence of that. My parents, fully supporting my theory, take me to my mother’s gynecologist. I am 17, I think, and the gynecologist looks at me knowingly when I explain my condition and my flares. She agrees. She sees this in her patients, occasionally. And she prescribes me low-dose estrogen. 10mg per pill, one pill a day. This is my first foray into hormone replacement therapy. 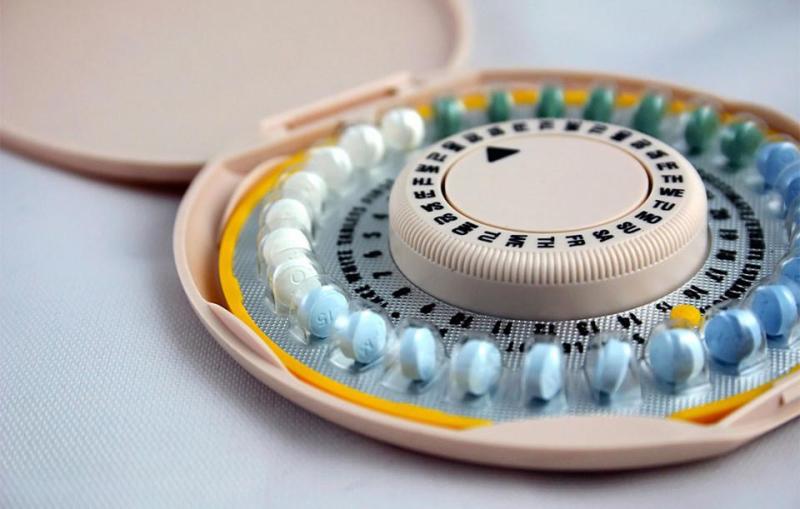 I don’t make it through the second week. The extra estrogen throws off my delicately balanced system, sending me into a flare. I am told it can take months for my cycle to become regular again, after starting the Pill. I’m too sick to wait it out for months.

I try the Pill again about a year later, much to the same effect. My body cannot tolerate hormones, or at least estrogen, if my entire body is flooded with them.

Just before my 19th birthday, I visit my mother’s new gynecologist. I have a new idea, something that could help control my flares. (It’s also becoming increasingly pressing that I am in a long-term relationship with a cis guy, but for me that is a secondary reason for birth control.) This doctor agrees with me as well. Several weeks later, I am back in her office having an IUD put it. The device I have is called the Skyla. It is a small, t-shaped piece of white plastic that slowly dispenses progestin (synthetic progesterone) directly into my uterus and the surrounding tissues. It does not flood my entire body with hormones, but it works better than the Pill.

For the first time in almost 10 years, I go a full year without having a flare. I want to shout at every doctor who has every doubted me, laugh in their faces. Ha! I was right! And you didn’t believe me because I’m young, and you think I’m a girl.

I’ve started thinking more seriously about taking low-dose testosterone. I have a very round face (somewhat thanks to years on and off of prednisone), a high-pitched voice, soft features. I hold a lot of my weight in my hips, and I have a hard time building muscle. I want the things testosterone could give me, but I can’t, for three reasons:

I have always been a person who fears risk. I didn’t learn to ride a bicycle until I was 8 because I didn’t know if I would get hurt (I did, but only a little). If Ulcerative Colitis was my bike, my hormones are the training wheels. And I’m not willing to mess with the training wheels until I know I can ride the bike safely without them.

Jules is an aspiring anthropologist trying to claw their way into a graduate program. They are interested in studying the culture and language of transgender communities – why we do what we do, and how we try to understand each other.

NN is a platform of resources and personal stories for & by the transgender community, run by the amazingly cute Micah. It focuses on how to navigate a non-binary gender identity in a world made for two categories, yet the lessons learned extend beyond gender.

If you like what you read, support this community through a small monthly donation.