“For years, professionalism has been my enemy, because it requires that my gender identity is constantly and unrepentantly erased.”

Featured Voices guest writer Jacob Tobia seeks gender empowerment in the professional world. When being visibly gender nonconforming raises more than eyebrows on the street, how can someone stay true to their identity in the workplace?

Why I’m Genderqueer, Professional and Unafraid

I looked myself up and down in the full-length mirror. Blouse tucked in? Check. Pearl earrings on? Check. Lipstick flawless? Check. After a few minutes of primping, posing and deep breathing, I was off to my first day at a new job.

When I start a new job, I struggle with all of the typical trepidations and hesitations. Will my coworkers like me? Will I fit in with the office culture? Am I formatting this report the right way?

But one question loomed above all others as I started my job last week: what should I wear to work?

In many ways, it’s a concern everyone faces. On the first day, everyone wants to get their outfit just right. The morning before a new job, most of us spend an extra ten, twenty or thirty minutes making sure that our hair is properly coiffed, our deodorant is both effective and unobtrusive and our outfit is on point.

As an undergraduate at Duke, I spent four years learning to love and appreciate myself as a gender nonconforming person. Going into college, I thought that my desire to dress androgynously and adopt a feminine gender expression was shameful; and for the first few months of college, I hid it from others and from myself. But after years of work unearthing internalized oppression and masculine shame, I finally learned to keep my head high as I stomped by the frat boys in my five-inch heels. I made a name for myself at Duke, and by the end of four years I wore pencil skirts and pant-suits to meetings with the Board of Trustees. During undergrad, I became fully empowered and comfortable in my gender.

Or so I thought. 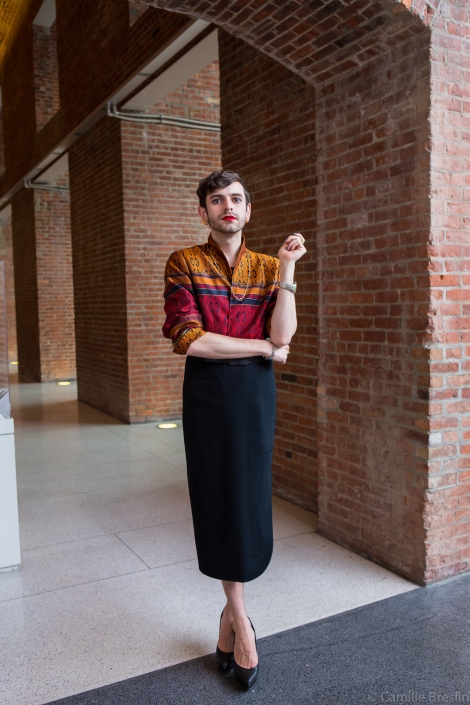 Now, as a recent graduate confronted with entering the workforce, I find myself having to contend with a much bigger obstacle than frat boys. I have to contend with professionalism.

Professionalism is a funny term, because it masquerades as neutral despite being loaded with immense oppression. As a concept, professionalism is racist, sexist, homophobic, transphobic, classist, imperialist and so much more – and yet people act like professionalism is non-political. Bosses across the country constantly tell their employees to ‘act professionally’ without a second thought. Wear a garment that represents your non-Western culture to work? Your boss may tell you it’s unprofessional. Wear your hair in braids or dreadlocks instead of straightened? That’s probably unprofessional too. Wear shoes that are slightly scuffed because you can’t yet afford new ones? People may not think you’re being professional either.

For years, professionalism has been my enemy, because it requires that my gender identity is constantly and unrepentantly erased. In the workplace, the gender binary can be absolute, unfaltering and infallible. If you dare to step out of line, you risk being mistreated by coworkers, losing promotions or even losing your job. And if you are discriminated against for being transgender or genderqueer, you may not even have access to legal recourse, because in many states it is still perfectly legal to discriminate against gender non-conforming employees.

So, the first morning before work, as I put on my pants, blouse, heels and pearls, self-doubt came roaring back. Would I still have the respect of my boss if I showed up in heels? Would I be treated as a professional if I wore earrings? Would I be taken seriously wearing lipstick? Would my colleagues respect me for who I am?

I thought back to all of this, took a deep breath and walked through the front door of my new office, heels click-clacking on the concrete floor. 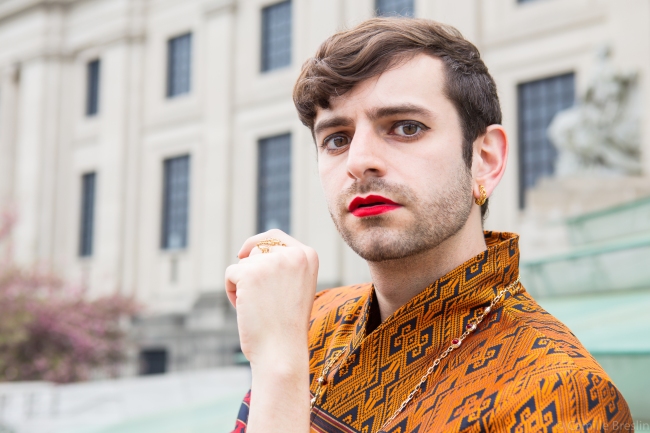 While people may try to discriminate against me and tell me that I’m dressing “inappropriately” for work, I will hold on to my gender identity and sense of self. In the workplace, I will stick up for those who, like me, find that their gender does not match a prefabricated box. I will wear my heels, pearls and skirts to work until, hopefully, the world can learn to respect people like me.

So to all of the discriminatory employers out there, you better watch out, because I am genderqueer, professional and unafraid.

Jacob is a leading voice for genderqueer, nonbinary, and gender nonconforming folks, ensuring that everyone is able to live their truth and feel their cute.

In 2014, Jacob made their debut on the national stage when they were interviewed by Laverne Cox as part of MTV’s The T Word, and in 2015, Jacob was profiled by MTV in an hour-long episode of True Life: I’m Genderqueer. A Point Foundation Scholar, Harry S. Truman Scholar, and recipient of the Campus Pride National Voice and Action Award, Jacob has captivated audiences at college campuses, national conferences, and corporate events across the country with their message of gender empowerment and social change. Their writing and advocacy have been featured on MSNBC, MTV, The Washington Post, The New York Times, The Guardian, and Jezebel, among others.

Originally from Raleigh, North Carolina, Jacob currently lives in Brooklyn and has worn high heels in the White House twice.

Get more bang for a buck. Let gender nonconformity shine through patreon.com/neutrois.

185 responses to “Featured Voices: Why I’m Genderqueer, Professional, and Unafraid”