Lately I’ve been musing about the stage of post-transition, wondering if I’m there yet and what it all means. Probably cause I’ve been at it for so long, but more likely cause there’s a side of me that feels complete.

Then there’s the transitioning that happens after you transition. Whether it’s the ongoing reservations about disclosure, changing yet another legal document, or just bumping into an old friend, it really is never-ending.

Today and Tomorrow and 401Ks

People are in constant flux. We age, we grow, we buy clothes, we change jobs, we move houses, we make families – you never really know what lies ahead. Time is tricky, because that moment that was now is already gone.

As I envision the person I’ll become in 5, 10, 25, or even 45 years, I’m certain everything about me will change, including my gender – how I feel about it, how I look, how others see me. Being trans is a lifelong condition, just another part of being human.

I think I’ve figured out where I want my gender to be in 5, 10, or 25 years. I’m content to move towards that with a purposeful slowness, while taking my time to enjoy the present. I live in a dual reality, except one is on hold and in the distance, even though I’m already working towards it today. Like a 401K.

And as with everything else in life, you can plan as much as you want, that doesn’t mean it will come true.

I’ve lost track actually of how many times I’ve been on and off testosterone. Four? Five? Every time is the last time – definitively, I say, tentatively – until it’s not.

Taking hormones is a slow process. A few dozen shots of testosterone or a few hundred estrogen pills (whatever the case may be), and you look and feel very different than what you did a few months ago. But much like the young wrinkles around my eyes, it’s not something you can measure on a day-to-day basis.

Post Childhood, or How Old is Too Old To Be A Kid

I feel a close affinity to older trans men. And by “older” I mean significantly older in age, not in transition years, and by “significantly” I mean twice my age. (Don’t worry, we’re all young at heart.) This closeness is absent with my similarly aged peers – trans men in the prime of their 20’s and 30’s. This is because I simply don’t feel like a man, or a guy. And as much as I’d like to say I’m a boy, I’m 27 and know too much for that to be so.

I know I’m aging, slowly but surely, and as reluctant as I am to relinquish the title, at some point I won’t look half my age anymore. Older me is not a manish woman, which is what I’ll look like eventually if I don’t do something to alter my body’s natural course.

Older me will be a spouse, hopefully a parent, perhaps even a dad; still a child, a loyal friend, and enjoying whatever-my-job-is that day. Older me will perhaps be an adult… someday. And older me might turn into a man, even though I’m not one today.

I guess I see myself, my future self, in them – these men who once tried very hard to be women, or at least pretended to try, the battle secretly written on their faces. Part admiration, part identification.

I’m on the other side now, just trying to live my life. It’s been a successful endeavour so far. I’m no longer rushing to find that next step in my transition. I’m just living. 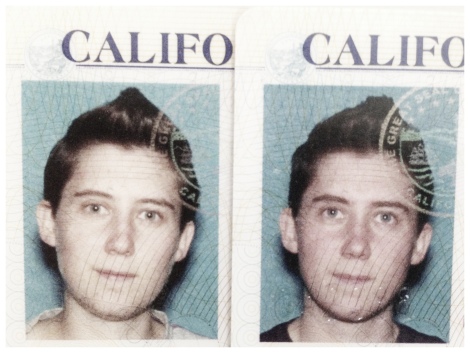 With a low dose, its visible effects are even shyer than usual to appear. I’m in a long term relationship with this hormone. I foresee it being an integral part of my aging body for decades to come.

Then again, maybe I won’t.