Monday I started a new job. With a new name. And new pronouns. All I can say is: WOW.

A little less than a year ago, I was faced with a similar situation. A shiny new job, thus the perfect chance to change pronouns. But that opening was quickly shut, either by myself or the circumstances, or both. Regardless, it wasn’t the right time, and I wasn’t ready yet. So I sludged on.

During that year I slowly came into my own, feeling exponentially less comfortable on that side of the binary. Each “she” piled onto the other, pushing me to the brink of implosion, and it became more unbearable each day. We’d go to a meeting and just as the client was uncomfortably fishing for the right pronoun for me (defaulting to my name or to gestures) one of my co-workers would inadvertently “out” me. 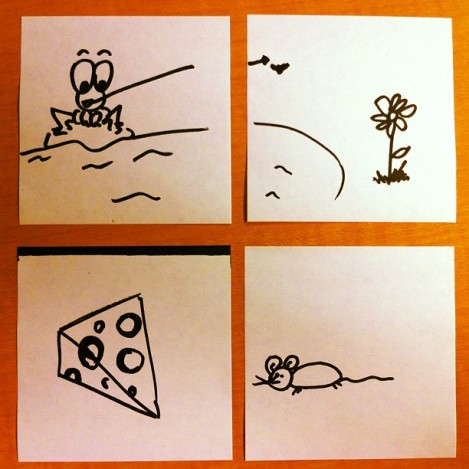 Finally, I was passing as me: an ambiguously gendered person. I got a fresh start with every new person I met, and it would inevitably be spoiled within minutes. I felt cheated out of these small victories. The mounting frustration culminated with the increasing validation of my identity I was getting outside of work – at first in several trans conferences, then among friends, perhaps even family.

While I won’t elaborate on exactly why I switched jobs, let’s say that overall, it was not a good fit. “Too corporate” sums it up nicely. Among other issues, certain pesky problems presented themselves, with never a solution near. Moreover, the fact that it was not an environment I felt comfortable coming out in speaks volumes of why it wasn’t the right environment for me.

That’s what it feels like to be called what you want, how you want, when you want; namely, all the time.

Never, not once, did I have to cringe today when somebody mispronounced my awkward sounding not-a-name-but-a-nickname, or used an entirely incorrect pronoun for me, or worse, associated that pronoun with some other gendered phrase, such as “hey girl!” or “little miss” or “sista.” No more worrying what people thought of me, trying to change how they saw me. No more subtle hinting that something else is going on, trying to silently yell that they’re all wrong.

I came in with my whole self. This is me, all of me. It feels so right.

(Now I can worry about actually doing some cool work.)