What is it like being the partner of a transitioning person? Yasi walks us through 5 ways to be a Superhero Supporter.

5 Ways To Be A Superhero Supporter

What is it like being the partner of a transitioning person?

I’d like to think it’s a lot like being Peggy Carter while watching the love of your life being injected with Super-Soldier Serum and transformed from a boy into a man. The only difference, I think, is that Peggy Carter only had to endure Steve’s physical pain and misery for a mere three minutes of screen time. Real life doesn’t let you off of the hook that easily. 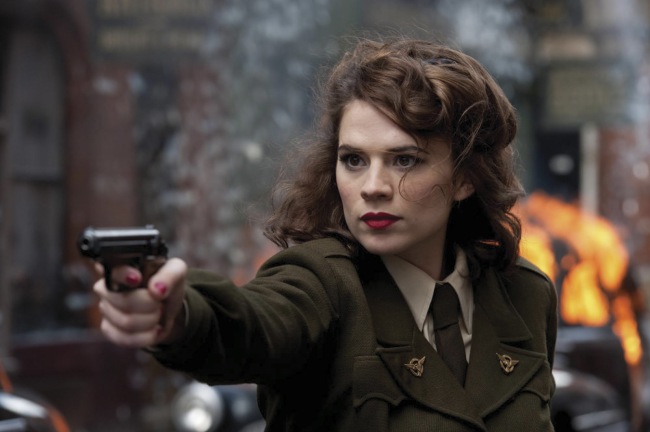 Also, let’s face it, I am no Peggy Carter.

Am I implying being trans is like being a superhero? Think about it. Most trans people I know, my partner included, have at least two identities: There’s the identity for people they aren’t out with (maybe at work, with certain family), then their secret identity, which they entrust to their partners, families, and friends.

The reason that makes superheroes relatable as characters is this duality, this inherent conflict. So here it is, my very own origin story – except that it’s not even really about me. It is about us – about me, Yasi, and Jay, my partner.

Let’s rewind to last year, around March. Jay and I had just moved in after four years of being together. Jay had already started thinking about top surgery and the many different obstacles one has to overcome before the actual surgery itself. I had heard and read many horror tales of unsupportive partners, and I honestly didn’t want to disappoint Jay. But I was also scared, and this was completely new territory for me.

Naturally, I thought to myself, “What would Peggy Carter do?” The answer was quite simple. She would be the best, most badass partner to Steve and help him through his transition. Duh, Yasi. Determined, I donned some metaphorical armor and willed myself to be the superhero my partner needed as we both charged into this battle of transitioning together.

Here’s the thing about being supportive: It’s hard work. It isn’t a one-off sort of deal. It requires attention to detail and care. I wish I could say this to my last-year self. Being supportive is a work in progress, but it’s a little like training to be a hero. It eventually gets easier, and one can get better at it, but there is no point in time where one stops learning.

A lot of my advice here about being supportive is really common sense, yet coming from another person sometimes helps put things into perspective. Of utmost importance is, always, communication and respect of identity.

Yasi’s Advice to Being a Superhero Supporter

Jay and I had been talking about top surgery for years, so the reality of it didn’t really hit me until we moved in together and set a date for surgery.

Surgery is, understandably, a scary topic. More than anything, I doubted my own ability to physically and emotionally take care of Jay after the surgery. I felt a little stuck. Somehow, I had worked myself into a corner that all of this was not a legitimate reaction, that I wasn’t allowed to feel what I felt. Like any formidable superhero, I thought I should keep my feelings from my partner in order to protect them.

Take it from my experience: this does not work. This lack of communication gave my partner the worst kinds of ideas – that I didn’t want them to transition in the first place, that I didn’t fully support their gender identity.

My inner Peggy Carter sort of hit me upside the proverbial head. “Stop being so proud! Go talk to Jay,” she said.

It was really difficult, but I did it, and Jay came up with a solution. They asked me if I’d like to have their sister and her husband in town to help me with the aftercare. The feeling of lonely helplessness magically lifted. I had help? Well, that made things better!

One of the things about superheroes that gets on my last nerves is their lone-wolf act. It drives me up the walls, because they have friends and family members they can confide in, seek advice from. But noooo… they have to suffer alone. What makes us inherently human is our social nature. We are not alone.

So here’s the moral of this story. Communication in a relationship is the best way not to feel alone.

2. Own Your Feelings, But Don’t Let Them Define You.

Another annoying thing superheroes do? They ignore their own feelings instead of trusting them. Most of them feel guilty for even having feelings.

After a year of distance, it’s a lot easier to look back and realize that I didn’t talk to Jay because I was feeling guilty for being scared. I wanted to be stronger, better, the perfect partner. I was letting fear and guilt rule me.

Jay had thought about top surgery for more than a decade before deciding to do it. They had obsessed over this topic and all of the choices that come along with it for a lot longer than I had.

I didn’t want to hurt Jay with my feelings, but I learned Jay’s feelings and mine are separate. What I am responsible for is sharing with my partner my emotional state so that we can have trust in our relationship.

Emotions are there, but they do not control you. Forming concrete phrases like, “I’m scared” or “I’m  upset” helps legitimize feelings. The next step is actually doing something about it.

What does a superhero do before going after their nemesis? Try to find the villain’s weakness in order to defeat them.

The supervillain here is ignorance. The real reason I was so upset about surgery was because I didn’t know enough about how to prepare for it.

Above all, I had no idea how to support someone emotionally after surgery. So I asked Jay for some blog posts about post-surgery care. I ended up asking Mark from TransTalk what kind of support he was expecting from his caretakers.

I hadn’t thought of going to trans/SOFFA support at our local LGBT Center until  Jay suggested it. It really does help to be around people who are fighting the same villains. The doctors, surgeons, and nurses were very good resources for physical care. I ended up with a lot of pamphlets and written instructions.

Research put me at ease because I formed a coherent, concrete plan for supporting my partner. Remember: You are not alone. Acknowledge your feelings. Research.

4. Support Comes In Many Different Ways and Forms.

Supporting Jay after the surgery had its ups and downs. I was very nervous the first day, especially after driving back from the hospital. Although Jay was on a load of painkillers, I was afraid of opening up stitches if I drove on a pothole. I found out very quickly that Jay couldn’t eat, couldn’t drink, couldn’t even go to the bathroom without help. They were trusting me to do all of it.

After the first day it all became a routine. I also had lots of help from our friends, as well as Jay’s sister and brother-in-law.

The emotional stuff was rough for me. Jay began to doubt whether surgery was the right step. Reassurance and constant communication became the key to surviving post-surgery depression.  I noticed many emotional problems lost their edge when Jay was actually comfortable. During Jay’s recovery I spent a lot of time reading out loud, or we ended up watching some of our favorite TV shows together. To cheer Jay up, I even wrote little stories.

5. Take Care of Yourself First.

A superhero’s powers are nothing if they perish in battle. To be there for someone you have to be there, first.

The mental strain and responsibility of taking care of a recovering person can be overwhelming. I wasn’t eating, drinking, or taking caring of myself properly, especially after Jay’s family went back home. I wanted to keep Jay up in good spirits, but I didn’t want to tell them I was struggling.

I was fortunate to have a support network to serve as a distraction for me during the long hours of surgery. A good friend of mine brought us sweets and even offered to watch after Jay while I was at work. Building a support network is, I would argue, imperative in being a caretaker. My support network helped me deal with the stickiness of my emotions, and I’m very grateful for that. 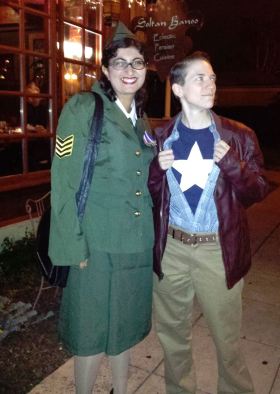 Come Talk To Me!

My partner had top surgery, and we both survived! I am, by no means, an expert in top surgery or its aftercare; these are just my experiences. I am here to support other superhero supporters who may need a little extra help.

Yasi is a writer by night and a software engineer by day. She is currently working on a collaborative novel with her partner Jay. She enjoys reading, running, and everything to do with superheroes. Follow Yasi on Twitter. 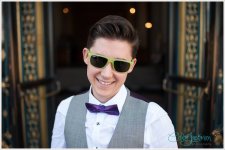 My gender is awesome

Add a little boost to our superpowers. Help Micah keep the Featured Voices series going by contributing here or sharing this post.