Top surgery can signify freedom, but does this freedom come at a price? For this month’s Featured Voices, Devin explores what freedom means for our trans sisters in the wake of increased visibility as well as violence.

What is top surgery?

A rite a passage?

A weight lifted off your chest?

For trans-masculine folks, the answer varies. Since my top surgery in February 2013, I’ve associated this process with freedom. I’ve had the freedom to navigate the world openly as a trans person. I haven’t lost a significant amount of friends because of my surgery. While my mother was initially upset, she continues to love me as her child. Likewise, my brother loves me as I am. Many family members congratulate me on a regular basis. I haven’t felt ashamed of who I am, how I identify, or the process I’ve taken to get here. I haven’t had to go into hiding to protect my identity or my well-being. Although I’m aware threats may manifest, I don’t feel I need to worry significantly about them. Rarely do I think a stranger will attack me if I am read as trans.

I have the freedom to post pictures of myself topless on Instagram and am almost always applauded for my chest. If I were to judge by the amount of positive comments under my pictures, it seems my surgery and my transition are celebrated by trans and cis people alike.

This visible freedom pertains to thousands of other trans-masculine folks on social media. If you’re a frequent user of Instagram, it’s not very difficult to find countless trans men flaunting their chests. Post-op photos are plentiful and before/after photos are common. 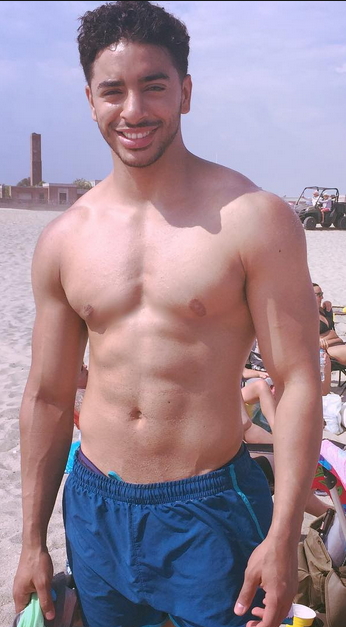 We’re shirtless on the beach or at the pool. We’re wearing revealing tank tops at the gym. Our scars may lead to weird stares or offensive questions, but rarely do they trigger violence.

This is our freedom. But does this freedom come at a price?

Transitioning does not always equate to freedom.

While our top surgeries grant us the ability to exist freely, the plight of our trans sisters is drastically different. For most trans-feminine folks, the choice to live openly often positions them for their demise. While Laverne Cox, Janet Mock, and Caitlyn Jenner do live their truths, the ability to live freely as a trans women still carries with it an abundance of repercussions. Trans-feminine folks are victims not only of transphobia, but also misogyny. They are regarded lowly, and treated as such.  As a consequence of this transmisogyny, a significant amount of trans-women take precautions for their own security. These provisions may include moving to a new city, creating an entirely new identity, and eliminating any connections to their previous lives. Some trans-feminine folks are abandoned by their family and friends. Some use extreme caution when posting to social media so as to avoid exposing themselves to potential dangers. When trans-feminine folks do post openly to social media, their bodies are scrutinized and subjected to vile comments.

In addition to the aforementioned dangers, women of trans experience are murdered at alarming rates. In 2015, over 20 Trans women were killed in the United States. In the month of January 2016 alone, over 40 women werekilled in the country of Brazil. Violence directed towards trans-feminine folk for being trans is an epidemic.

Much can be done to change this.

I am an avid believer in utilizing social media to promote visibility for trans-masculine folks. I too, celebrate top surgeries and topless photos of others. Nevertheless, we must use our freedom and our voices along with our newly found privileges to defend and uplift our sisters.

Visibility matters, especially in helping others better understand that transgender people are just that, people. For every topless photo we post, let’s accompany this with another photo informing others of the brutalities experienced by our sisters. We should bring about more awareness by posting the alarming rates at which trans women (especially black trans women) are murdered. And as trans-feminine folks are less likely to possess the financial means to pass or improve their own safety, perhaps we could do more do provide these resources. I am thankful for the copious amount of freedom bestowed upon me after my surgery, but if my sisters are still constrained for pursuing their happiness, my freedom is imperfect.

“It is revolutionary for any trans person to choose to be seen and visible in a world that tells us we should not exist.”

(Note: all people gave consent to have their personal photos published.)

LGBT & HIV-Affected Hate Violence, A report from the NCAVP

Devin-Norelle is a native New Yorker by way of Harlem. Ze has been featured on DapperQ’s 100 Most Stylish dapperQs of 2014. Ze is CEO of Werk Those Pecs, a Transgender Surgery Fundraiser and CEO of  the Trans Is Beautiful Apparel Annual Fund for Trans* Surgery. Ze works in Finance and is currently a graduate student at Hunter College. Ze also blogs about zis transition and about the social implications of being an androgynous TPOC at TransparentGender.com.

Everybody is Featured Voices

Error: Twitter did not respond. Please wait a few minutes and refresh this page.