My decision to go on T was both gradual and sudden.

When I first started exploring my gender identity, I had no plans for hormones. I have been trying to get a hysterectomy since I was 20 (I have some deeply unpleasant symptoms during my period and have less than no interest in ever having kids) and I’ve wanted some level of breast reduction since I hit puberty, so surgery was always something I intended to have. Testosterone was something that, the more I learned about, the more appealing it looked.

I’ve been on T for two months now, with the first couple of weeks at a low dose. I started at a lower dose both so it didn’t shock my body quite as much and to watch the interaction with my other medication and medical conditions. 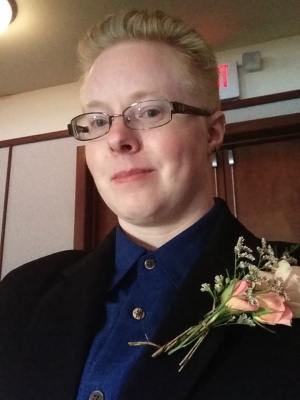 While it’s usual to need to watch liver function in anyone on T, it’s doubly important for me because I take a medication for an autoimmune disorder that can already have liver effects (and I limit my alcohol to one drink a month or less). So far, so good on that. T altered my thyroid function, so I’m actually taking less of the medication to correct it. And, miracle of miracles, I have not had a single migraine since I started! As someone who once had to go on disability due to a cascade of migraines lasting several years, this is huge. Even when I started recovering and working again, a decent month was one that had fewer than 10 migraines. This alone would be worth everything. (My understanding is that headaches and hormones is hugely unpredictable, so I’m very happy to have lucked out on this) My fibromyalgia has flared a little recently, but I suspect that is the effect of fat redistribution and putting on more muscle.

I never had much dysphoria about my voice, but the fact that it’s started to drop definitely gives me euphoria, which I hadn’t expected. Fat redistribution is nice, since I’ve always had a very pronounced hourglass that’s becoming less obvious, as is the addition of muscle. I’m not really concerned with trying to pass as a man, but just to be more comfortable in my own skin.

So far, T is absolutely doing that and I’m really happy with my decision.

Emory is a 30-something engineering graduate student who lives with their two cats. They enjoy teaching, space exploration, historical recreation (especially calligraphy), and reading and watching speculative fiction. They can be found online at nonbinarypenguin.tumblr.com and on  Twitter @etherabidreader

Have a story to tell about hormones? Email your blog post, draft, idea and become part of the Featured Voices series. 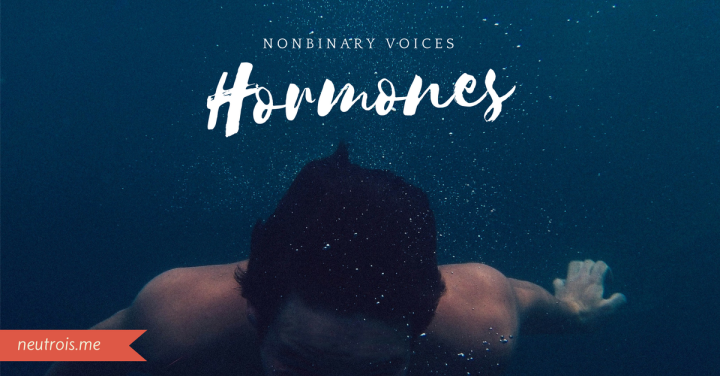 NN is a platform of resources and personal stories for & by the transgender community. Featured Voices is a series that highlights the diversity of nonbinary lived experiences. If you like what you read, support it through a small monthly donation.